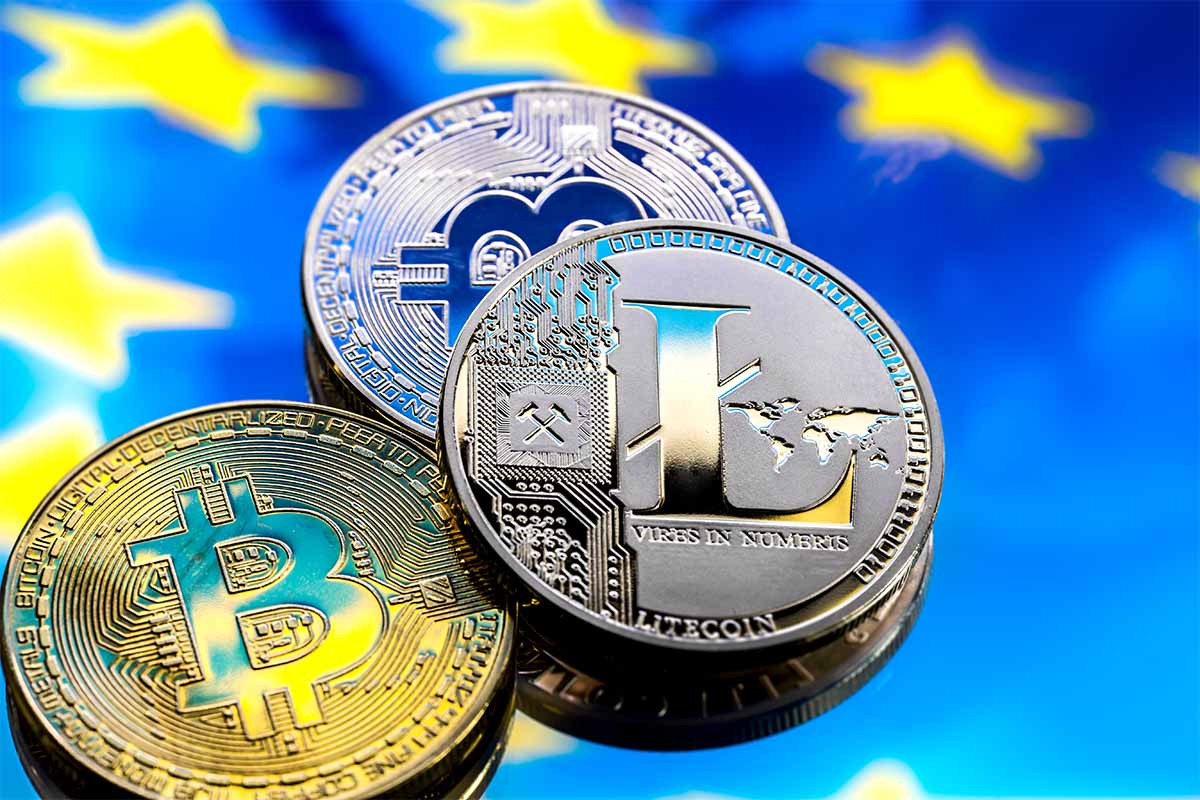 Imagine there is a coin that’s currently worth $100, but it’s not made of gold, platinum, or any other precious metal. Indeed, it’s not the kind of coin that you can hold in your hand, put it in your wallet or in a bank. Then what kind of currency it can be? Read this article completely to know more about what is cryptocurrency and how it works.

What is Cryptocurrency And How it Works

A cryptocurrency doesn’t work like most money and it isn’t attached to state or government so it doesn’t have a central issuing authority or regulatory body. Basically, that means there’s no organization deciding when to make more cryptocurrencies, figuring out how many to produce, keeping track of where they are, or investigating fraud.

How does cryptocurrency work as currency?

Cryptocurrencies like Bitcoin wouldn’t exist without a whole network of people and a little thing called cryptography. In fact, Bitcoin is described as the world’s first cryptocurrency and is a fully digital currency, and you can exchange Bitcoins between computers in the worldwide peer-to-peer network. The whole point of most peer-to-peer networks is sharing stuff, like letting people make copies of super legal music or movies to download.

So if Bitcoin is a digital currency, what’s stopping you from making a bunch of counterfeit copies and becoming fabulously wealthy? Unlike, an MP3 or a video file, a Bitcoin string of data can be duplicated. A Bitcoin is actually an entry on a huge, global ledger called the blockchain.

The blockchain records every Bitcoin transaction that has ever happened and as of late 2016, the complete ledger is about 107 GB of data. So when you send some Bitcoins, it’s not like you are sending them a bunch of files, instead, you are basically writing the exchange down on the big ledger. Something like Michael sends Hank 5 Bitcoins.

Even though the blockchain is a central record of cryptocurrencies, but there’s no official ground of people who update the ledger and keep track of everybody’s money as a bank does. It’s decentralized. In fact, anybody can volunteer to keep the blockchain up to date with all the new transactions.

It all works because there are lots of people keeping track of the same thing to make sure all transactions are accurate. For example, imagine you are playing a game of poker with some friends, but none of you have poker chips, and you left your cash at home. There’s no money on the table, so a few of you get out some notebooks, and start writing down who bets how much, who wins, and who loses.

You don’t completely trust anyone else, so everyone keeps their ledgers separately, and at the end of every hand, you all compare what you have written down. That way if someone makes a mistake, or tries to cheat and snag some extra money for themselves, that discrepancy is caught. After a couple of hands, you might fill up a page of your notebook with notes about the money movement.

You can think of each page as a block of transactions. Eventually, your notebook will have pages and pages of information. A chain of that block, hence blockchain. Now, if 1000 people are separately maintaining the Bitcoin blockchain, how are all the ledgers kept in sync?

To stick with our poker analogy: think of the entire Bitcoin peer-to-peer network as a really huge poker table with millions of people. Some are just exchanging money, but lots of volunteers are keeping ledgers. So when you want to send or receive money, you have to announce it to everyone at the table. so the people keeping track can update their ledgers. Moreover, for every transaction, you are announcing a couple of things to the Bitcoin network. 1. Your account number 2. The account number of the person you are sending Bitcoin to and how many Bitcoins you want to send.

All of the users who are keeping copies of the blockchain will add your transaction to the current block and having a bunch of people keep track of transactions seems like a pretty good security measures. But if all it takes to send Bitcoins is a couple of account numbers, that seems like it might be a security problem. It’s a huge problem with regular money, just think about all the ways criminals try to steal other people’s credit card information. And with cryptocurrencies, there’s no central bank to notice anything weird going on to shut down fraud, like if it looked like suddenly you spent your entire life savings on beef jerky.

cryptocurrencies are kept pretty safe thanks to cryptography which is why it’s considered a cryptocurrency. Specifically, cryptocurrency stays secure because of keys, which are basically chunks of information that can be used to make mathematical guarantees about messages, like “hey, this is really from me!”

For example, when you create an account on the Bitcoin network, which you might have hared called a “wallet” and that account is linked to two unique keys: a private key and a public key.

In this case, the private key can take some data and basically mark it, also know as signing it, so that other people can verify those signatures later if they want. Let’s say I want to send a message to the network that says, “Michael sends 3 Bitcoins to Olivia” I sign that message using my private key, which only I have access to, and nobody else can replicate it.

Then I send that signed message out to the Bitcoin network, and everyone can use my public key to make sure my signature checks out. This way everyone keeping track of all the Bitcoin trading knows to add my transaction to their copy of the blockchain.

In other words, if the public key works that are proof that the message was signed by my private key and is something I wanted to send. Unlike a handwritten signature, or a credit card number, this proof of identity isn’t something that can be faked by a scan artist. The who part of each transaction is obviously important to make sure the right people are swapping Bitcoins. But the “When” matters as well.

For example, If you had $1000 in your bank account, and tried to buy two things Gold and a cow for a thousand dollars each. The bank would honor the first purchase and deny the second one. If the bank didn’t do that, you would be able to spend the same money multiple times. This might sound awesome, but it’s also terrible because a financial system can’t work like that, because no one would get paid.

Hence, If I only have enough money to pay Olivia or Hank, but I try to pay them both, there’s a check built into the Bitcoin system. Both the Bitcoin network and your wallet automatically check your previous transaction to make sure you have enough Bitcoins to send in the first place.

But there’s another problem that might happen with timing. Because lots of people are keeping copies of the blockchain all over the world. Network delays mean that you won’t always receive the transaction requests in the same order.

So now you have got a bunch of people with a bunch of slightly different blocks to pick from, but none of them are necessarily wrong. So how cryptocurrency solves that problem?

Math Problems! To add a block of transactions to the chain, each person maintaining a ledger has to solve a special kind of math problem created by the cryptographic hash function.

What is Hash Function?

A hash function is an algorithm that takes an input of any size and turns it into an output with a fixed size. For example, you had this string of numbers [1 2 3 4] as your input and our example hash function says to add all of the numbers together. [1+2+3+4] so in this case, the output would is 10.

What makes the hash function really good for cryptography is that when you are given an input, it’s really easy to find the output. But it’s really hard to take an output and figure out the original input.

Now the has function that Bitcoin uses is called SHA256 stands for Secure Hash Algorithm 256-bit. This was originally developed by the United States National Security Agency.

Computers that were specifically designed to solve SHA256 have problems that take on average, about 10 minutes to guess the solution to each one. That means they are churning through billions and billions of guesses before they get it right.

Whoever solves the has first got to add the next block of transactions to the blockchain, which then generates a new math problem that needs to be solved. If multiple people make blocks at roughly the same time, then the network picks one to keep building upon, which becomes the longest and most trusted chain. And any transaction in those alternate branches of the chain gets put back into a pool to be added onto later blocks.

These volunteers spend thousands of dollars on special computers built to solve SHA256 problems and run their electricity bills up sky high to keep those machines running. But why? What do they get out of maintaining the blockchain? Is it just community service?

Bitcoin actually has a built-in system to reward them. Today every time you win the race to add a block to the blockchain, 12.5 new Bitcoins are created out of thin air and rewarded to your account. In fact, you might know the Bitcoin ledger-keepers by another name: miners. That’s because keeping the blockchain updated is like swinging a proverbial pickaxe at those who have problems, hoping to strike it rich.

Every single Bitcoin that exists was created to reward a Bitcoin miner. Besides the big payout when they add a new block of transactions, miners are also essentially tipped a very small amount for each transaction they add to the ledger. It’s also worth noting that for every 210,000 blocks, the number of coins generated when a new block is added goes down by half.

So what started as the reward of 50 Bitcoins decreased to 25, then 12.5 it will only be around 6 Bitcoins in a couple more years and keep decreasing.

Eventually, there will be so many transactions in a block, that it will still be worthwhile for miners to mostly be a pain in tips. According to current projections, the last Bitcoins-probably around the 21 millionth coin – will be mined in the year 2140. This decreasing number of Bitcoins is actually modeled at the rate at which things like gold are dug out of the earth. And the idea is that keeping the supply of Bitcoins limited will raise their value over time.

How many cryptocurrency are there?

According to coinmarketcap, there are over 6700 publicly traded cryptocurrencies in the world and the most popular of them are Bitcoin, Ethereum, Binance Coin, XRP, and Tether USD.

I hope now you have the basic knowledge of what cryptocurrencies are how they work. Please feel free to ask your questions or share your feedback in the comment section below.

The Weaknesses and Strengths of Online Classes in College

How to Make Your Internet Speed Faster