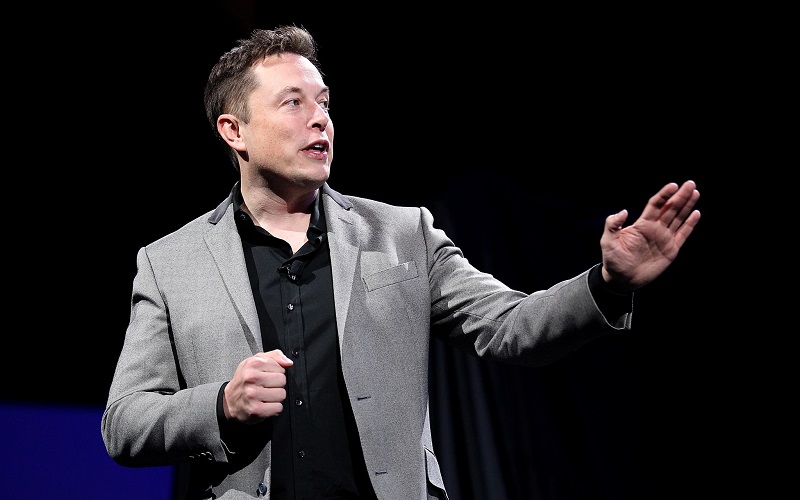 15 Thrilling Elon Musk Facts You Should Know About

Elon Musk is popularly known for his two gigantic companies: Tesla and SpaceX. However, there are tons of Elon Musk facts you never knew about. Since he is never out of headlines, it is very important to know what this billionaire entrepreneur is doing.

He is not only just the headline news but also a great source of motivation for you and me. This super-genius guy was born in Pretoria, South Africa. Later they moved to Canada which accommodated him in making his way to the United States. Next, tech and space drove his attention towards themselves. Now the big picture is in front of you. He is the CEO of SpaceX, Tesla, Solar City, The Boring Company, and more.

Brush up Your Knowledge on Some Thrilling Elon Musk Facts

Musk has big dreams. And he has been working very hard in achieving them. His foremost goals are:

Nevertheless, all facts about Elon Msk we know about are the very fundamentals of how he started his billions of dollar worth journey. On the other hand, for some of us, that is all we need to know. So, why to waste another less or more of 15 minutes reading this article.

Yes, you may know even more than the basics about him but did you know that he was a teenage arcade game mogul. Or that he was the driving source of inspiration for Robert Downey Jr.’s replica of the Iron Man. Therefore, give these Elon Musk facts a try and let us know if you have taken away something valuable from here.

Back in 1984, the 12-year-old Musk programmed a video game which he called Blastar. He created the game using Commodore Vic 20. Later, he published the video game source code in a magazine called PC and Office Technology under the name of E. R Musk. So, he received  $500 in return, thus, making him a prodigy.

You can have a look at Musk’s video game at Blastar.

2. Musk’s First Business was an Arcade

According to Vogue, at the age of 15, Musk alongside his brother and cousin started an arcade business. However, the business did not last very long. When their parents revealed it, they made Elon and his partners quit the business. Therefore, his first business was shut soon.

3. Musk was Bullied at school

Unveil 15 electrifying Elon Musk facts including his first business, his paycheck from Tesla, net worth, family, lifestyle and much more

South Africa was a violent place. There was a level of violence growing up which couldn’t be tolerated in any American School.There were some villian gangs who used to bully others and I was one of the victims.

He was once beaten up very badly, as a result, he ended up in a hospital.

4. Musks’ Mother is a Supermodel.

Yes, the 70-year-old mother of this billionaire entrepreneur is a supermodel. Maye Musk is a gorgeous and brave woman.

5. He Hosted a Nightclub During College

Elon Musk and his roommate Adeo Ressi, an investor and entrepreneur, rented a large and beautiful house which they used as a nightclub. Sometimes over 1,000 people would gather there at nights. Musk and his friend would use the money they earned to pay rent.

6. He Quit his Ph.D. Degree After Two Days

Most of us are die-hard awaiter of an acceptance or a congratulation letter for getting into universities like Standford or Harvard. On the other hand, Elon Musk dropped out of his Ph.D. degree at Stanford University after two days. He took this major step to start Zip2 an online city guide to software and newspaper.

Before becoming a billionaire, Musk had overcome a bunch of problems. According to Vogue, he used to stay in his office building and sleep on a couch. Then, he used to shower at the local YMCA during the struggles for Zip2.

Besides, living a hard life, initially, he never takes a paycheck from Tesla Motors.

Yes, he did try to grow plants on Mars. Though it seems unusual, this genius has bigger plans. He wants to colonize Mars as soon as possible. In 2001, Musk addressed the public about colonizing Mars; he said that settling on Mars is:

a positive, constructive, inspirational goal capable of uniting humanity at a critical time.

Since then, he has been trying out experiments to make living on Mars a reality.

One of the crazy Elon Musk facts is he is so obsessed with Mars that he wants to die there. At SXSW 2013, he once said

“it’s the first time in four and a half billion years that we are at a level of technology where we have the ability to reach Mars. I’ve said I want to die on Mars, just not on impact.”

10. His Failures Dated His Success

Building rockets is hard. And Musk knew it. However, his knowledge about the difficulty of his goals could not make him step back.

In the beginning, he thought of exporting space rockets and/or rocket parts from Russia. However, due to the costly load, he ceased the plan. But then he started building his own space rocket and their parts. Now SpaceX builds almost 80% of the parts for their space rockets on their own.

11. He Almost Sold Tesla to Google

According to Ashlee Vance author of the book on Elon’s Biography, Elon Musk almost haD sold his $2.2 billion worth company Tesla to Google. In 2013, when Tesla was going through tough times and sales were dropping off, Musk intended to sell Tesla to Google for $6 billion.

12. Tesla Has Been Accused of Gender Discrimination, Racism, and Homophobia

The Guardian of the British daily newspaper reports that Tesla has a tradition of sexual harassment and unequal payment. They just don’t treat woman engineers and workers equal to men.

Moreover, The Guardian reports that the black electrician DeWitt Lambert faced some racism at Tesla for a long time. Furthermore, Tesla was about to give him his settlement only if he doesn’t bring this out to media.

13. He Pays Off Very Badly for Vacations

Since Musk is a workaholic, he once announced that he works for 80 to 100 hours per week. As a result of working overtime, his personal life and vacations are suffering. There are various reasons that he doesn’t take any vacations:

and the list goes on. After the explosion of company’s rocket, Musk said:

Musk is originally from Africa, then he moved to Canada. His mother is Canadian so it was not very difficult for him to become Canadian. However, he had to face a hard time until he got American citizenship in 2002.

We all know traffic is a pretty big problem in most of the countries in the world. Los Angles, one of the most crowded places on the globe, drove Musk crazy with its traffic. So, Just a couple of years ago, he tweeted:

Since then, Musk had been working on this project. On May 2018 CNBC reported that the tunnel has been completed and will soon be open to the public for demos. Moreover, this 3 miles of track is capable to move people and cars at the speed of 800 miles per hour.

Then, in November 2018, Elon Musk tweeted a video showing off O’Leary Station or the machine approaching the end.

Moreover, don’t forget to check out Actionable Ways to Skyrocket Your Presentation Skills based on Ted talks strategies and Top 10 Ways to Present Like the Master Presenter Steve Jobs to learn how Jobs inspired the entire world with his fascinating presentation strategies.

Should You Go to College or University? 5 Questions to Decide