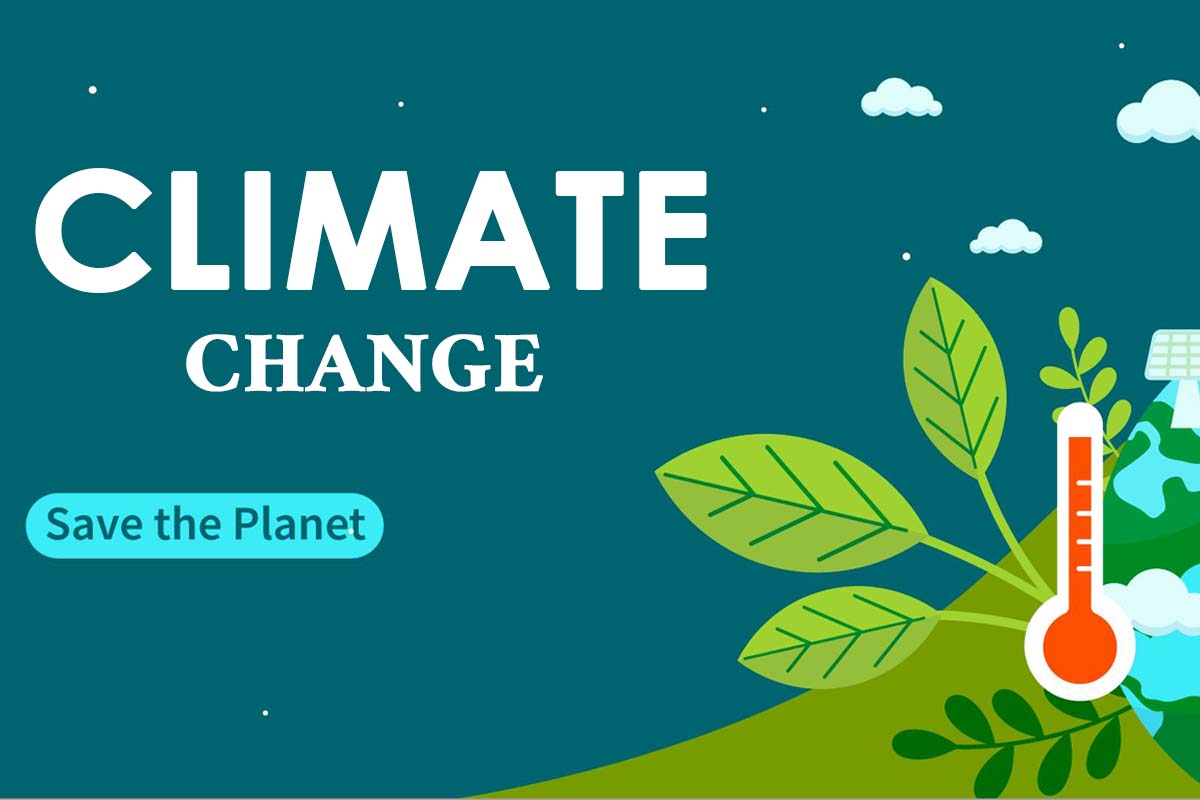 From the Neanderthals up to the millennials, human beings have witnessed climate variations, climate turbulence, and disturbance, and climate-based challenges which, for once at least, have compelled human beings to ponder what is this disaster? Why does climate change from time to time? And what are the factors behind climate change? Let’s keep the history of climate change behind for it is a huge topic for another day. Ever imagined what is Climate change? So, let’s dive in.

Climate refers to the environmental behavior of whether that maintains itself the same for a specific period of time from region to region. Desertification, flood, glacial problems, split of lands, and forming Islands or even continents are all due to faulty climate caused by faulty human beings of a specific region. Climate change has been one of the major problems of the present and futuristic world. It always feels bad to blame ourselves for climate change but reality can never be changed; it remains constant. Here are the factors, which I consider as major ones, that cause climate change.

Since the age of industrialization has begun, nature and creatures both are disturbed. Though fossil fuel has run our businesses and our life a bit smoothly and comfortably, it has engaged us with diseases and our climate with confusing behavior. When fossil fuels are burned, the stored carbon and other greenhouse gases are released into the atmosphere. In other words, the burning of fossil fuel emits an excessive amount of smoke in the air; it reacts with the air and disturbs and variates the proportion of molecular harmony (balanced molecular structure). Then it makes the air polluted and constant pollution in a specific region forces the climate to change. Oil, coal, natural gas, and wood are some common ones. Fossil fuel also disturbs the ecosystem because most of the living organisms might feel it harmful and may die, hence the balanced chain in the ecosystem is broken and either directly or indirectly it compels the climate to change.

Greenery, obviously, is loved by all. Forests add beauty to nature and it nurtures its habitants like a loving mother; lapping some in the arms of her branches, feeding some with nutritious foods, protecting some under its shade, and keeping harmony by standing proud (various species of trees) altogether. But men don’t like silence as it is his nature, so he breaks the silence. Cutting of trees or say genocide of trees is the favorite passion of men for this is his profession. 80,000 acres of forests disappear from the earth every day. Civilization and industrialization have so professionally hypnotized men that he cuts the trees, pollutes his lungs, eats junk, and happily praises industrialization and civilization. Deforestation is a major threat which everyone knows, yet no one reacts. Heavy rainfall has decreased around 16% and precipitation is that some regions may go drought within coming decades. Shortage of water, infertility of the land, air pollution, less rainfall, and Temperature raise is due to deforestation. The more we trust nature, the better we live because trees exchange oxygen with caress.

Essay Planning And Structure – A Short Guide To It

What is Life – Imaginative Essay in English

How to Write an Essay- The Best Step by Step Guide