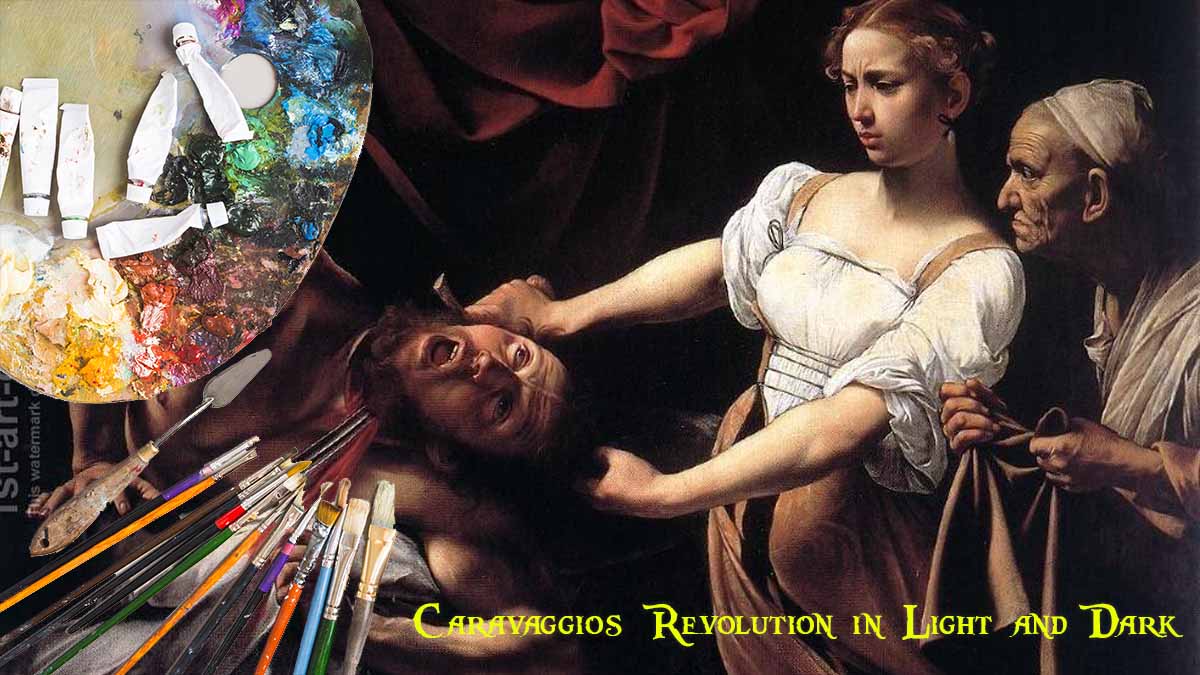 Caravaggio’s Revolution in Light and Dark

Michelangelo Merisi da Caravaggio, popularly referred to simply as Caravaggio is one of the most legendary Italian painters of all time. Caravaggio’s unique painting style use of colors is what puts his works in a league of their own, and gives him a distinct identity in the world of art. Read the whole article to know more about Caravaggio’s Revolution in Light and Dark.

Caravaggio, in fact, was the pioneer of the Italian Baroque style that emerged out of the Mannerist era. This painting style devised by Caravaggio involved the use of a color pallet that was rich and dark. His paintings largely revolved around the themes of religion and society. No doubt, Caravaggio’s painting style and its characteristic use of light and dark continue to be a subject of absolute interest for the appreciators of art, worldwide.

This article takes you on a journey of the revolution in light and dark brought about by Caravaggio, through some of his most popular paintings. Needless to say, knowing about these paintings of Caravaggio and having their realistic recreations to your collection would be a welcome thing to do for every art lover!

The Calling of Saint Matthew

The Calling of Saint Matthew is one of the best creations from the master artist that Caravaggio was. The painting is an oil-on-canvas creation and depicts a scene in which Jesus Christ inspires Matthew to follow him on his path. It was painted by Caravaggio at the end of the 16th century (years 1599-1600) for the Contraelli Chapel church in Rome, Italy. Interestingly, the original painting continues to be there even today.

In The Calling of Saint Matthew, Mathew, the tax collector is shown to be sitting at a table with other men. Towards, the right of the painting, one can see Jesus and Saint Peter, with Jesus pointing towards Mathew. In what can be regarded as the typical Caravaggio style, a ray of light contrasting through the dark is shown to be originating from Jesus’s side and illumination Mathew. A masterly convincing depiction isn’t it?!

As the story goes, widow Judith first charmed the Assyrian general Holofernes and later beheaded him in his tent. One of the most striking features of the painting is its rather odd choice of the biblical passage. In fact, it is also one of the most detailed, realistic, and convincing depictions of a murder in a painting to date.

Judith Beheading Holofernes is often also regarded as a breakthrough piece in Caravaggio’s career, for the noticeably well developed and sophisticated version of his technique.

Interestingly, the painting was lost for a long time after its creation. Later, it was rediscovered in the year 1950 and is now a part of the Galleria Nazionale d’Arte Antica in Rome. This very fact makes owning a replica of the painting even more luring!

The Seven Works of Mercy

This painting, popular as The Seven Works of Mercy, was painted a few years later than the previous two paintings, in 1607. As the name of the painting itself suggests, it is a depiction of the seven corporal works of mercy as believed in the traditional Catholic belief.

The seven works of mercy depicted here are nothing but a set of acts of kindness concerning the material needs of lesser privileged fellow beings. This also makes The Seven Works of Mercy one of the most meaningful and relevant paintings to own!

The original painting was created to be put up in the Pio Monte della Misericordia church in Naples, and it continues to be housed there even today. However, recreations and replicas of the painting are popular across the world and can be purchased online from 1st-art-gallery.

The Conversion on the Way to Damascus

The Conversion on the Way to Damascus was painted by Caravaggio in the year 1601 and went on to be adored amongst the master painter’s best works. The best part is that this painting is a classic example of the revolution brought about by Caravaggio in light and dark.

The conversion of Paul, as it is known, is yet another moment of immense religious significance in the catholic belief. The depiction of the moment in this painting is the best and as real as it could be. Here, the scene is shown when Jesus’ spirit takes over Paul, and he’s flung off from his horse. The original painting can be seen in the church of Santa Maria del Popolo, in Rome.

Caravaggio’s revolution in Light and Dark is one of the most remarkable features of the history of art across the world. The paintings by Caravaggio, belonging to this school, are easily some of the most unique, mesmerizing, and captivating masterpieces. No doubt, these paintings are a MUST HAVE in the collection of every art lover.

Now, you can buy these and many more artistic recreations from 1st-art-gallery, the world’s largest online collection of painting recreations and replicas.