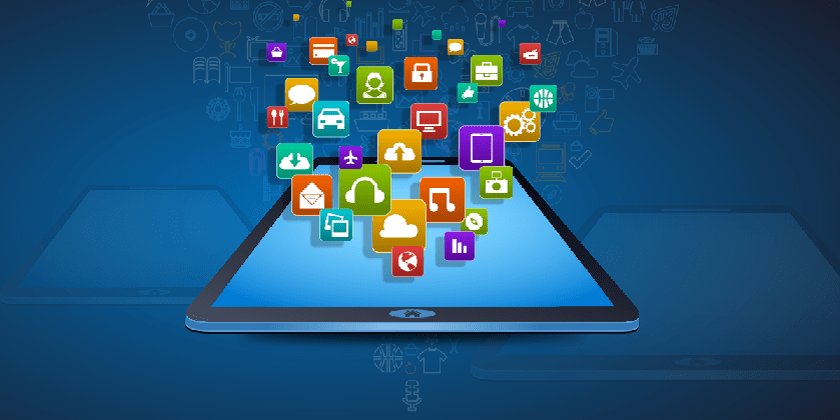 When it comes to switching from Android to iPhone, one of the biggest deal breakers for me is the ability to customize your phone. And I am sure it holds true for most of the android phone users. You can make an android phone all yours by either doing the tricky stuff such as installing a new mod, rooting your phone etc., or you can take the safe route and still change the whole appearance of your phone by theming your phone; whereas iPhone lacks all these functionalities.

While theming is great, it is not really according to your taste all the time; you have to settle for what you get. But there are other options as well, and some great ones. What I usually do is use the Nova Launcher which allows me to do all the customization my way, and from then on, it is just you and your creativity.

So today I am going to share my Top 10 Applications to Customize Your Phone in Your Style for customizing my phone. It will include all the application you need to completely change the looks of your phone. And once you learn how to do it, it is hard to keep one set-up, or theme, for a week because you always have the option to try new cool set-ups on your phone. (Believe me, I taught it to my friend, and now he has a new set-up every couple of days.)

We have some premium applications on this list which are really important, and since we don’t have any payment method for those applications, we are compelled to install the ‘apks’ of those apps. But if you have a payment option, I would insist on paying for the apps and support the developers for their hard work.

Top 10 Applications to Customize Your Phone in Your Style

The first application we are going to need is a launcher. This would allow us to customize our home screen and app drawer. However, there are many options to choose from in the play store; we have great launchers like Action Launcher, Pixel Launcher, Lawnchair Launcher, but the most complete of them is Nova Launcher. Nova Launcher is one of the most customizable launchers out there, and it is very easy to handle. Now we would need the Prime version of it, which costs about 500 PKR, to get the full functionality. I would, however, say that it is just a launcher and you need to do all the customizations yourself; unlike themes which only needs to be applied, Nova Launcher would need some time and effort to create the set-ups yourself, the way you like it.

The second app we would need is a widget’s enabler application that would allow us to place beautiful widgets on our home screen. However, we would only need one of the above applications, Zooper is the one I prefer. The widgets could be a variety of things: time and date, battery percentage, music control, calendar agendas, texts and a bunch of others. Since all of these widgets are in different client apps, best of which we would recommend in a while, Zooper or KWGT would allow us to place widgets from those client apps on our home screen.

The way this would work is that first, we would need to install the Pro version of any of these apps, which costs a couple of bucks, and then we need to install a couple of good, highly rated, client apps to get some cool widgets. When done, we would place a Zooper or KWGT widget of any size, say 4×2, on our home screen, and once we tap on that, the client’s applications would appear with their cool widgets for us to choose from. Once chosen, the widget now would appear on your home screen.

Zooper Widget Pro is no more available on the Google Play.

So this is our first client app for the Zooper Pro. It packs amazing, yet very minimal widgets, starting from date and day to time, to calendar events, and many more. All of the widgets here are very pretty and could go along with any setup. Install it right after you install Zooper Pro. It is for free.

Get Mnml for Zooper on Google Play

It is another client app which packs gorgeous looking widgets. Just like the previous one, it has widgets of time, date, events, texts, presented in a very pleasing and beautiful way. Unlike mnml, this one has more bold and creative widgets to offer.

Get Wolf for Zooper on Google Play

In case you went along and installed KWGT instead of Zooper, we have this client app for you. This one is the most packed and most diverse of the three. Because KWGT is being used by more people lately, the developers are making more and more clients apps for KWGT, and this one is a great one. It packs too many beautiful looking widgets, all of which can be used to make great setups. A must one if you have KWGT pro.

Get Wolfie for KWGT on Google Play

The next set of applications we are going to need is icon packs. Icon packs change the shapes of the system’s icons for apps, which are ugly, to new, symmetrical, and beautiful icons. Let tell you, it completely changes the look and feels of your phone’s appearance. Simpax has a very geometrical, mostly squared and rounded, flat icons that look super good. It matches well with a simple, flat setup, otherwise, you can use it with almost any setup.

The icons here are inspired by Google’s set of icons for their Pixel and Nexus phones. But these look way better because they are materialized and popped a little bit more. I own a Pixel phone too, and the icons from ‘Pix It’ are completely different and fresh looking from the Original ones. So if you are a fan of Google’s system icons, I am sure you will love this icon pack.

Get Pix It Icon Pack on Google Play

Another widget’s app but this one is different. It doesn’t need any Zooper or KWGT in order to be placed on the home screen. It is a stand-alone app which places a beautiful calendar widget on your home screen. You can sync your Facebook or Google’s calendar in order for it to identify you of the important dates, such as birthdays, nationals holidays etc. It has a few themes unlocked in the free version, but if you pay full, it has many simple, yet amazing looking calendar widgets. This one is a must and I use it on my every setup.

The last set of application we would need to finish our setup tour is a bunch of premium wallpapers. Don’t worry, these applications are free. Walli has one of the most diverse collections of applications. You can find wallpapers from all the genres: nature, anime, quotes, art, minimalist are but to name a few. And it has a very pretty loading skin when you apply a wallpaper on your home screen.

Get WalliHD on Google Play

It is one of the old greats. Because every day, there’s a new wallpapers application, it is hard to stick to one favorite one, but this one has remained one of my favorites. It has a beautiful collection of wallpapers, although not as spread-out in categories, it has very premium looking and solid wallpapers. It is mostly featured around nature’s category, where we have beautiful wallpapers of trees, mountains, hills, bonfires etc. In a recent update, they made another category of Customization, where they have displayed the setups along with the details of the setups. But you’d have to go premium in order to install those setups directly onto your phone. Nevertheless, it is always there for some inspirations.

InsWall is no longer available on Google Play. However, you can get it from here.

So that wraps up our this special episode of the Top 10 Applications to Customize Your Phone in Your Style. I know most of you don’t have a clear idea about how to make a setup just yet, but to be honest, it takes quite a while in order to master them all. I would recommend you all to take some visual help from YouTube which would help you understand better the complexities of making a beautiful setup. And if you don’t have any payment methods available for your purchases, you can always download the premium apks of the apps from the internet and install them.

But overall, I hope you enjoyed this episode (Top 10 Applications to Customize Your Phone in Your Style) and I hope that you feel excited to customize your phone. And once you have learned how to, I am sure you will love your android phone more than you did before.

[…] play with and to help you get the most out of your phone. And don’t forget to check out our Top 10 Applications to Customize Your Phone in Your Style beside our 20 Best free Apps for Android and […]

[…] To find out more amazing apps to customize your smartphone, click here. […]